Poverty and health equity, and specifically impacts on women’s health, are undeniably linked. Join us for updates highlighting women’s health concerns across the globe with two of our partners that provide dedicated services and programs addressing healthcare for women. We will hear from executive leaders with Fonkoze in Haiti and Nyaka in Uganda on these issues and their programs, as well as updates on the programs that WE has funded. Carine Roenen is the Executive Director of Fonkoze Foundation in Haiti (Fondasyon Kole Zepòl). She is a medical doctor with a Master’s Degree in Public Health and has led multidisciplinary teams to design and implement development programs with Médecins sans Frontières, the Belgian Bilateral Cooperation and Concern Worldwide, before joining Fonkoze in 2009. Founded in 1994, Fonkoze is a family of organizations that work together to provide the financial and non-financial services to empower Haitians—primarily women—to lift their families out of poverty. Fonkoze won the European Microfinance Award 2021 for its healthcare program, Boutik Sante, which WE has been proud to support and help fund since 2016. 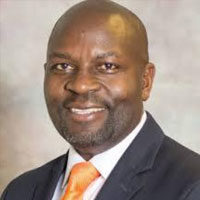 Twesigye Jackson Kaguri is the Founder & CEO of Nyaka. Jackson, also an accomplished author, motivational speaker, and human rights advocate, splits his time between the U.S. and Uganda. He recalls as a child watching his father break one pencil into five pieces, so he and his four siblings could all attend school. Hard work and determination led him to Makerere University in Kampala and then Columbia University’s Graduate Program to study human rights. While at Columbia, his oldest brother died of HIV/AIDS in 1996 and sister in 1997. Immediately returning home to care for their orphaned children, he faced so much more than personal loss—hardly a family in his village had been spared. Two million Ugandan children had lost parents to the disease. He used the $5,000 he’d saved for a home to build a two-room school for the orphaned children of his village. From these modest beginnings, Nyaka has grown and celebrated its 20th anniversary this past August, expanding to a holistic community-based model that enables vulnerable children to become healthy, productive citizens. WE has been proud to support Nyaka’s Grandmothers program since 2014.