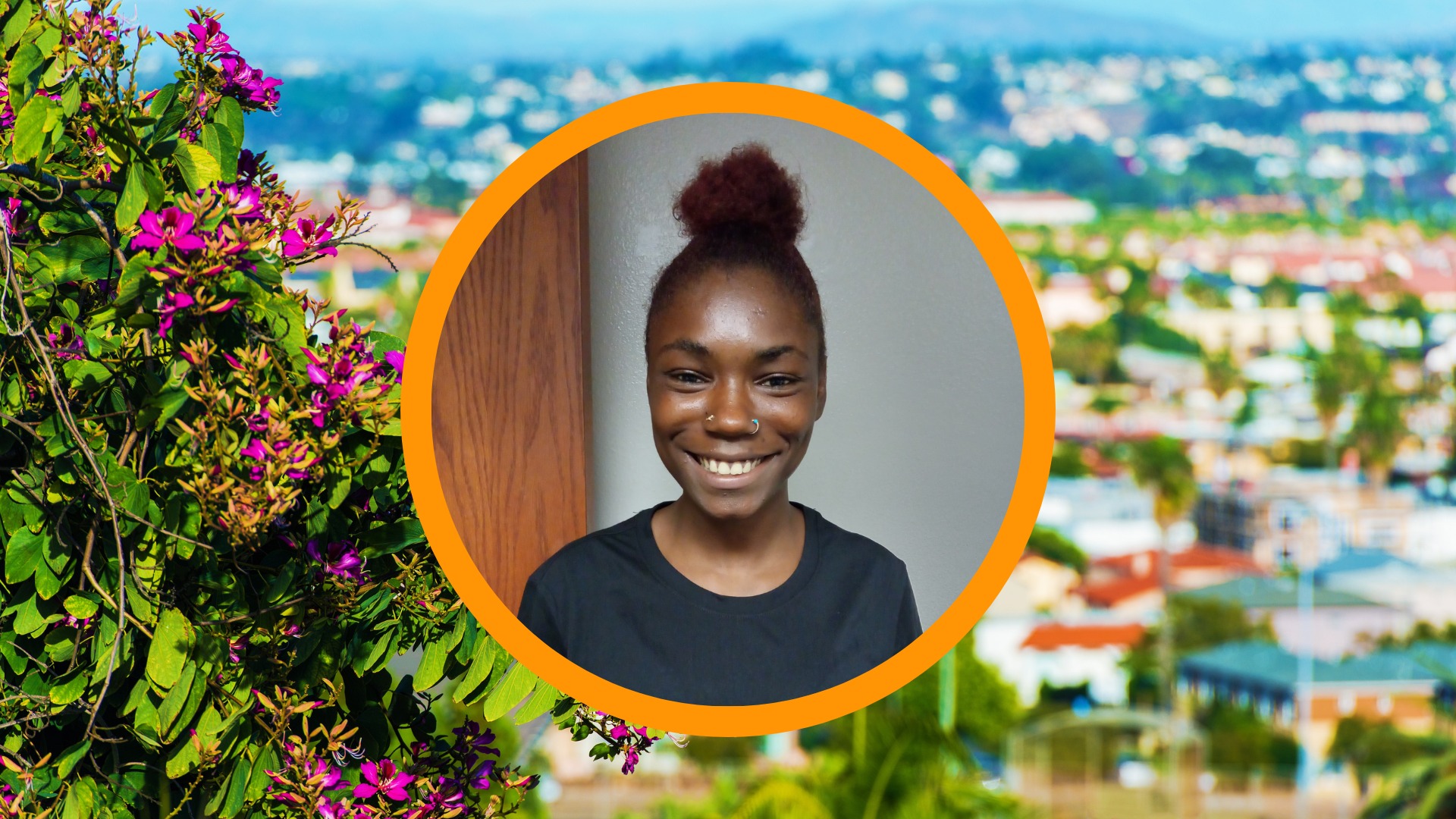 Kaleah Smith had a challenging childhood. Kaleah moved dozens of times, attended 30 schools and was in dozens of foster homes and group homes. Kaleah was expelled from school and sent to juvenile hall when she was 14. At that time, she was removed from her current foster home, separated from her younger brother and ran away several times, violating her probation.

This led to Kaleah not finishing high school. At the age of 16, Kaleah was working, trying to support herself living on her own. At the age of 18, Kaleah aged out of foster care and went to live on her own. In 2019, Kaleah and her fiancé moved to San Diego, and she started her second chance high school diploma program at Urban Corps Charter School. Kaleah also got connected to Just in Time for Foster Youth, where they helped her get her first place by herself in El Cajon. This came at just the right time and she is very proud of this accomplishment, after she spent several months in a homeless shelter.

Kaleah didn’t let her circumstances define her. At Urban Corps, Kaleah works with a City of San Diego homeless encampment and beautification crew where she works to pick up trash and bulky items to make neighborhoods, parks, and open spaces safer. Kaleah is graduating from Urban Corps Charter School in December 2022. Kaleah is ambitious and has big goals. Before she graduates, she wants to obtain her driver’s license and receive new trainings and certifications. After graduation, Kaleah wants to go to college for cosmetology, sociology and nursing. Her other goals? To be married with a big family, financially and spiritually stable.