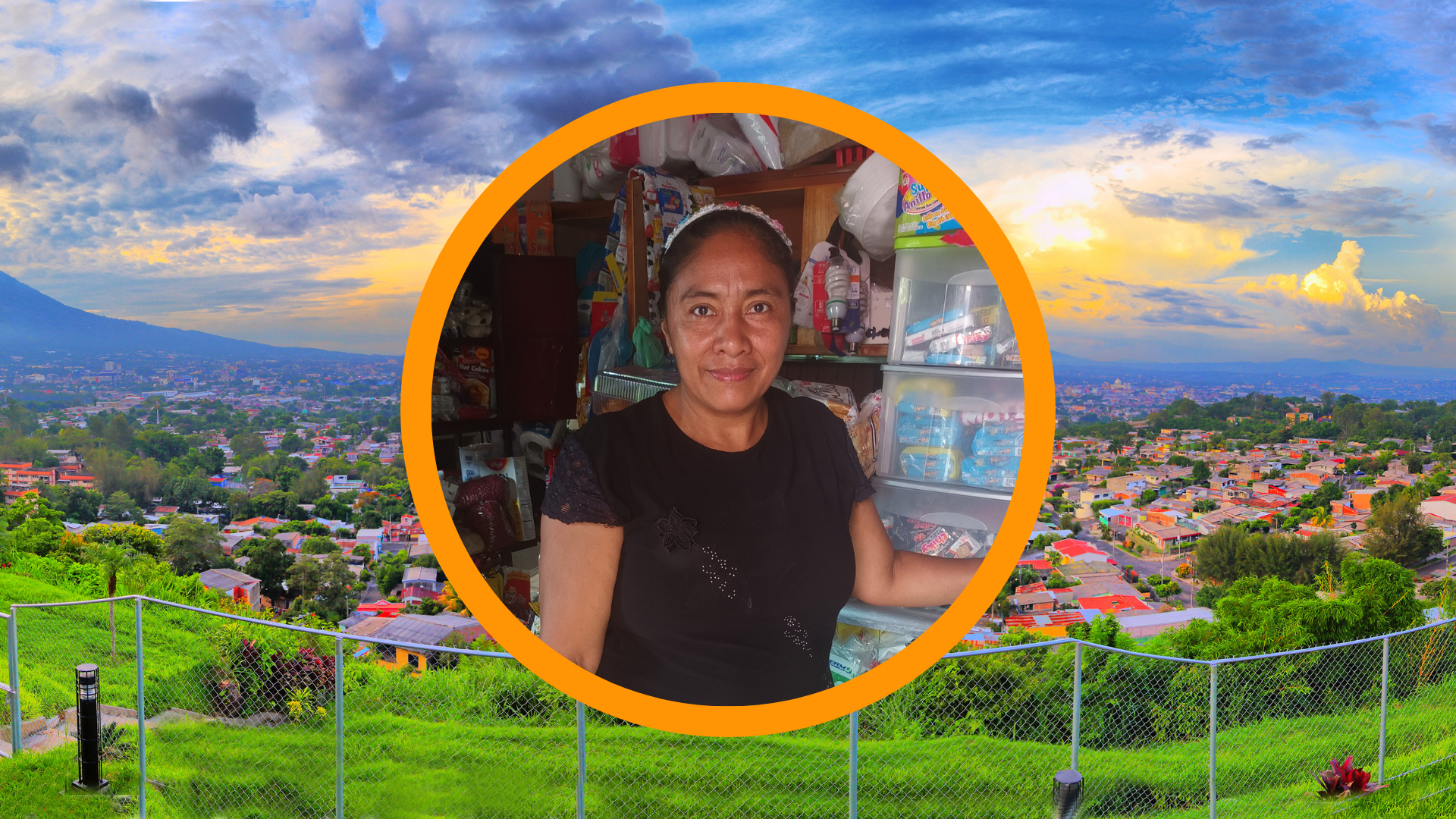 Uris Esperanza Cruz de Muñoz, lives at Colonia La Pista, Usulutan, a state on the East side of El Salvador, considered to be one of those under extreme poverty conditions and with high rates of irregular migration. Her family includes her husband, Marcos, who is a laborer, and their four children, three of which are still at school.

She has always been a entrepreneur. She used to have a tortilleria, making corn tortillas to be sold. On 2015, she had the opportunity to access her first loan – she received $200 – to enhance the tortilleria. She was able to improve her production and income and diversify with a small grocery store, with a few different products.

She has received four loans since then. By the second one, she stopped making tortillas – a really exhausting activity – and dedicated her efforts and resources to growing and expanding the grocery store. Currently, she received her most recent loan in January 2022 for $500. She used the money to keep investing in the grocery store. She introduced even more diversity of products to become the first choice of stores for her community. She already has enough profit to keep the business, support her family, and afford the payback of the loan.